The Creative City Project Brings Artists and Theater Performances to the Streets of Downtown Orlando on November 1st, 2014

Cirque du Soleil got its start in 1982 by performing on the streets of the small town of Baie-Saint-Paul in Canada where a band of colorful characters roamed the streets, striding on stilts, juggling, dancing, breathing fire, and playing music.

On November 1st, 2014, Cirque du Soleil will return to it roots by putting on a performance in Downtown Orlando at Wall Street Plaza along with many other artists for the 2014 addition of the Creative City Project.

The idea behind the Creative City Project came out of the belief that artists can change a city for the better by making it a more beautiful, meaningful and interesting place to live and that artist can help shape Orlando to be a more creative city. Cole NeSmith, founder of the Creative City Project, states that “As artists move into public spaces, people encounter something unexpected. Building those memories of shared experiences helps people develop a new found love for our city.”

Some of the featured artists participating in the Creative City Project in 2014 include:

The artists above are just a fraction of the artists that will be participating on November 1st, 2014 around Downtown Orlando. Performances of participating artists begin at 7pm and continue throughout the night with some of bigger acts holding multiple performances.

On the entire event and participation of the artists community in Orlando, NeSmith states, “We’re so grateful for the immense response by so many talented artists. It’s awesome to know that there are so many creative people who have a desire to contribute their talents to continuing to make Orlando a more creative place. It’s my hope that the Creative City Project becomes a means by which artists can bring their talents to the people of our city on an ongoing basis and a channel through with we can promote the talents of those artists. In the long run, I think we’ll see a greater collaboration between artists in Orlando, and that will be a huge step in helping us thrive creatively. I also see lots of people in city and county government who believe in the arts and I think the Creative City Project is helping pioneer a greater sense of openhandedness when it comes to giving artists permission to create in our public spaces.”

You can find out about all of the participating artists on the official website here as well as the poster and map below: 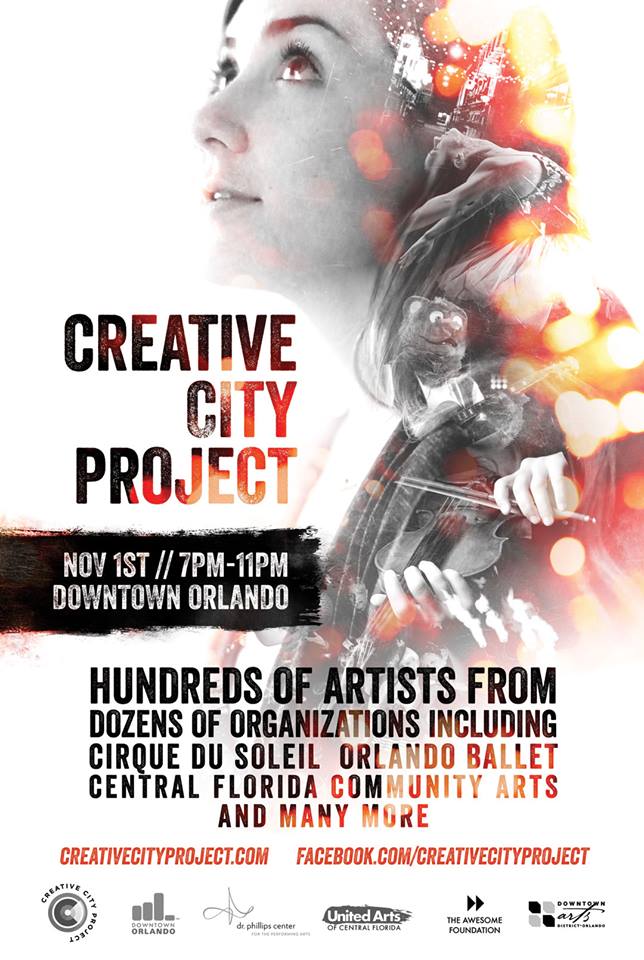 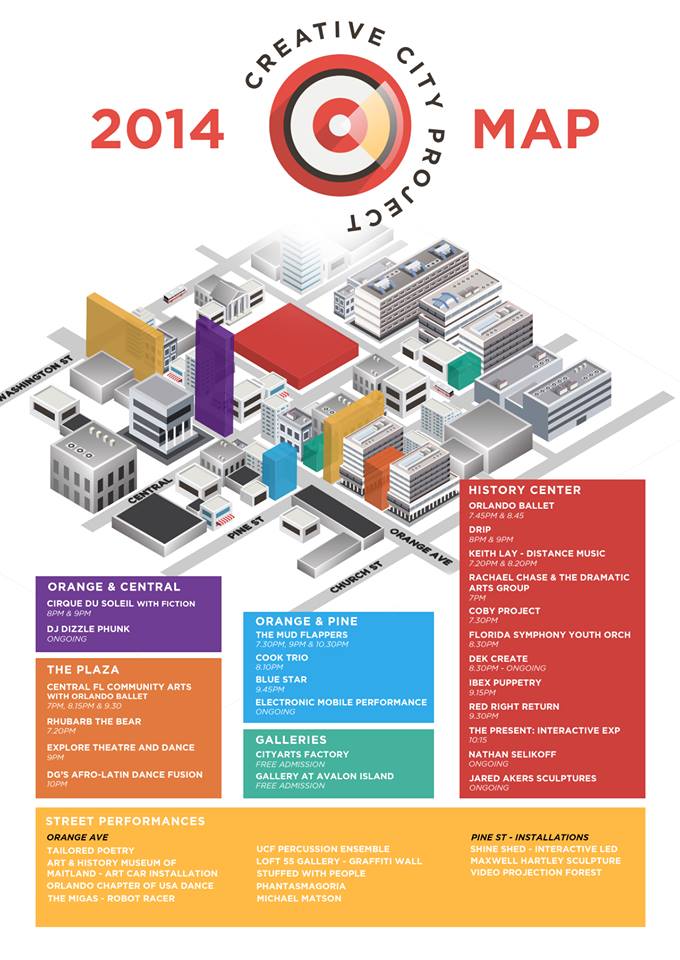 Click here to see all of the great events going on around Downtown Orlando from Orlando Local Guide.