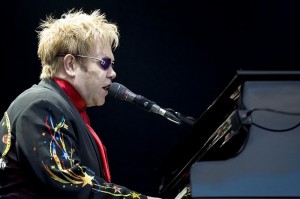 Rock and Roll Piano Legend Elton John is scheduled to come to Orlando on Saturday, March 10th, 2012 to perform in concert at the Amway Center at 8 PM.

Over the last four decades, Elton John has sold more than 250 million records with such hits as Your Song, Candle in the Wind, Tiny Dancer, Rocket Man, I’m Still Standing, and Sad Songs (Say So Much).

Tickets for the show go on sale to the general public on Saturday, January 21st, 2012.