Taylor Swift Orlando Concert at the Amway Center on April 11th and 12th, 2013 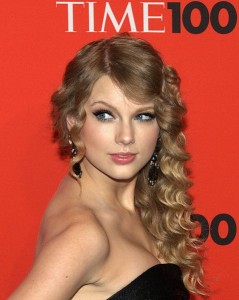 Taylor Swift is currently scheduled to be in concert in Orlando in April 2013 for her Red Tour in which the Wikipedia page for the tour has her playing at the Amway Center in Downtown Orlando on both Thursday, April 11th and Friday, April 12th (Taylor Swift’s official website is only showing the Friday tour date with the venue being TBD).

Taylor Swift is one of the biggest country acts that has also successfully crossed over to the Pop charts with such hits as Our Song, Teardrops on My Guitar, Should’ve Said No, Love Story, You Belong With Me, Sparks Fly, Ours, and her most recent “We Are Never Ever Getting Back Together” that she closed out the 2012 MTV Music Awards with.

2012-11-01
Previous Post: Darth Vader Gets a Lifetime Pass to Disney World as Disney Buys Lucasfilm that Includes the Star Wars Franchise
Next Post: Marlow’s Tavern Restaurant Brings a Little Bit of Atlanta and Southern Cuisine to the City of Orlando