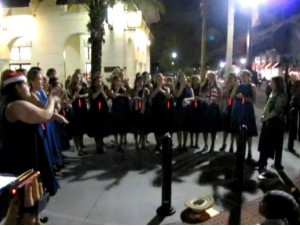 Baldwin Park is hosting it’s annual evening Christmas parade on Saturday, December 12th, 2015 at 6 PM.  Line the streets of the community’s downtown for the parade and stay for Santa’s arrival with musical performances.

Click Here to see several videos of the 2011 parade in our forums and post your own videos and photos from the parade and click here to visit the official website for the parade and festival.

Click Here for our guide to Baldwin Park including some of the best romantic restaurants to dine at around Orlando.