Best Christmas Events in Winter Park and Baldwin Park in 2014

The Christmas Season is the best time of the year to visit the city of Winter Park, Florida to take in the sights, sounds, and shopping. From outdoor ice skating, parades on land and boat, and Christmas lights displays on neighborhood homes, Winter Park is the perfect place to spend the holidays. This is Orlando Local Guide’s recommendations on how best to spend the Christmas season in Winter Park and nearby Baldwin Park.

Outdoor Ice Skating
Christmas officially kicks off on the weekend prior to Thanksgiving when the outdoor ice skating rink opens in the West Meadow in Central Park. This is the only ice skating rink close to downtown Orlando to go skating at with your family. The ice skating rink is open from Friday, November 14th, 2014, through Sunday, January 11th, 2015. 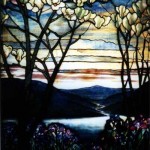 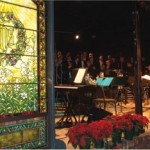 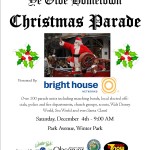 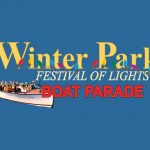 Christmas Boat Parade
The Albin Polasek Museum & Sculpture Gardens hosts a Holiday Boat Parade called the Winter Park Festival of Lights Boat Parade that consists of boats dressed up with Christmas lights and a water ski show. The annual boat parade will be held on Saturday, December 13th, 2014 with activities beginning around 4:00 PM. 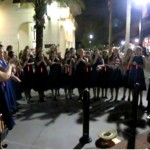 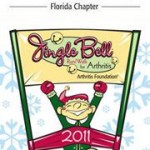 Jingle Bell 5K
Baldwin Park hosts the holiday Jingle Bell 5k to benefit the Arthritis Foundation fund to help find a cure for arthritis. The 5k event will be held on Saturday, December 13th, 2014 with the race time starting at 8:00 AM. 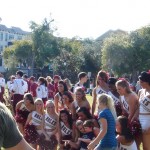 Parade of Bands
Each year, the marching bands of the participating teams in the Champs Sports Bowl do a march down Park Avenue and then proceed to Central Park to go through their string of college game day songs for the Russell Athletic Bowl Parade of Bands. The Parade of Bands event will be held on Monday, December 29th, 2014 at 11:00 AM.

Winter Park has one of the best neighborhoods in Orlando to view Christmas Lights. The entire neighborhood of the Winter Park Corners neighborhood near the intersection of Aloma and Lakemont goes all out to make for a great drive-through Christmas display. 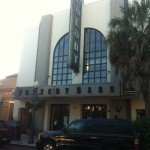 Park Avenue Shopping
Outside of all of the events being held to celebrate Christmas, Winter Park’s Park Avenue Shopping District is lined with holiday lights along the strip and shopping is in full gear with many boutique upscale shops mixed in with national retailers including Pottery Barn and Williams-Sonoma.

Click Here for a list of nice restaurants to dine at in Winter Park while you enjoy the holiday events.

Click Here for our recommendations for celebrating Christmas and the New Year in Downtown Orlando and Lake Eola.

2012-10-20
Previous Post: Orlando Ballet Celebrates the Halloween Season with the Vampire’s Ball on October 19th, 20th, and 21st
Next Post: New Home Construction Going Up in Orlando along with Housing Prices in 2012