Halloween in Orlando for 2018

Halloween is more than a two month celebration in Orlando beginning in August and is then a week-long celebration as Halloween Night approaches on October 31st.

With Halloween events and parties for children taking place at parks and shopping malls in Orlando and at nightclubs and bars for adults, this is our Halloween Guide for the Best Halloween Events and Parties in Orlando in 2018.

The Magic Kingdom kicks off the Halloween Season in September with it’s Halloween Party of trick-or-treating, parade, and fireworks. A few weeks later, Universal Studios begins hosting the premier Halloween Event for thrill-seekers of Haunted Houses with it’s Halloween Horror Nights Event. Beginning in October, SeaWorld celebrates Halloween every weekend with it’s Halloween Spooktacular event that is highlighted by a Sesame Street show with Count Von Count and Elmo.

What would Halloween be without a neighborhood Haunted House? There are a couple of Haunted Houses to choose from, one being in Ocoee here and another over in the tourist areas in Kissimmee at Old Town that you can read about here.

Halloween Events for Kids on the Weekend 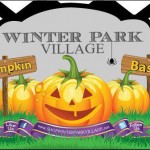 There are several Halloween events for kids on the Saturday before Halloween including events in Winter Park during the day that you can read about here. The History Center in Downtown Orlando has a great event called the Trick or Treat Safe Zone where kids can dress up in their Halloween costumes and trick or treat around the History Center at the free event where you can also tour the museum. The event runs on Saturday, October 27th, 2018 from 10am until 3 pm.

Halloween Events for Adults in Orlando 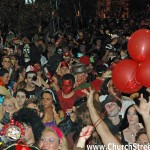 Downtown Orlando on Friday and Saturday

The Saturday night before Halloween is the big night of the week to dress up in your Halloween costume and head out to Orlando’s nightclubs and bars. Orange Avenue in Downtown Orlando will be closed off for Halloween Party revelers.

Downtown Orlando has three primary nights to celebrate Halloween in 2018 including Friday and Saturday night as well as Halloween night itself on October 31st. Click here to read our guide for Halloween events for adults in Orlando for more information.

With the theme parks typically selling out their nights for Halloween night, children will go door-to-door for trick or treating around Orlando neighborhoods for candy.

Other events held throughout the month includes Scott’s Corn Maze Adventure. Also, the Central Florida Zoo’s Zoo Boo Bash takes place on October 20th, 2018. Disney’s Animal Kingdom is also known to have their characters dressed up in Halloween gear on the day of Halloween with trick-or-treating and Disney Springs has had light Halloween entertainment but no longer hands out candy as it once did.

Outside of the Halloween Events, there are also several art festivals and food and wine events going on in the month of October including the Epcot Food and Wine Festival to check out.

2018-10-11
Previous Post: Best Halloween Events for Kids in Orlando for 2018 featuring Uptown Altamonte in Altamonte Springs, Disney World, and SeaWorld
Next Post: ICE! at the Gaylord Palms 2018 featuring ‘Twas the Night Before Christmas